Chris Nelius is a Sydney-based writer and director. Starting his career as a musician he completed a Bachelor of Arts (Communications) at UTS followed by a Graduate Diploma in Sound at the Australian Film Television and Radio School. Over this period Chris simultaneously pursued a love of film, working at Fox Icon Productions and later with Working Title Australia as a member of the story development team between 1998 and 2003.

His first foray into documentary was writing a biopic about legendary surfer Ross Clarke-Jones, narrated by the late Dennis Hopper. Between 2005 and 2010 he made a series of documentaries including creating the TV show Storm Surfers for Discovery Channel, which Chris wrote, co-directed and co-produced.

Chris is now taking his experience with filming real-world stories and applying it to fiction filmmaking, both long and short form. He recently wrote and co-directed his first fiction short Buoy and his work in online branded content continues to draw attention with his short form documentary about Andy Hensel receiving a 2016 ADG nomination for Original Online Project.

Chris is the co-founder of the groundbreaking initiative The Lion’s Share; a collaboration between Finch and UN Development Programme (UNDP) to direct a percentage of advertising brands’ media spend for any ad featuring an animal into funding that goes towards the conservation of wildlife and animal welfare. Read more about The Lion’s Share here: 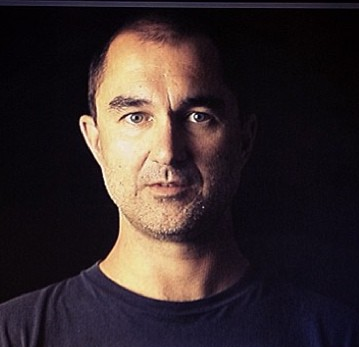